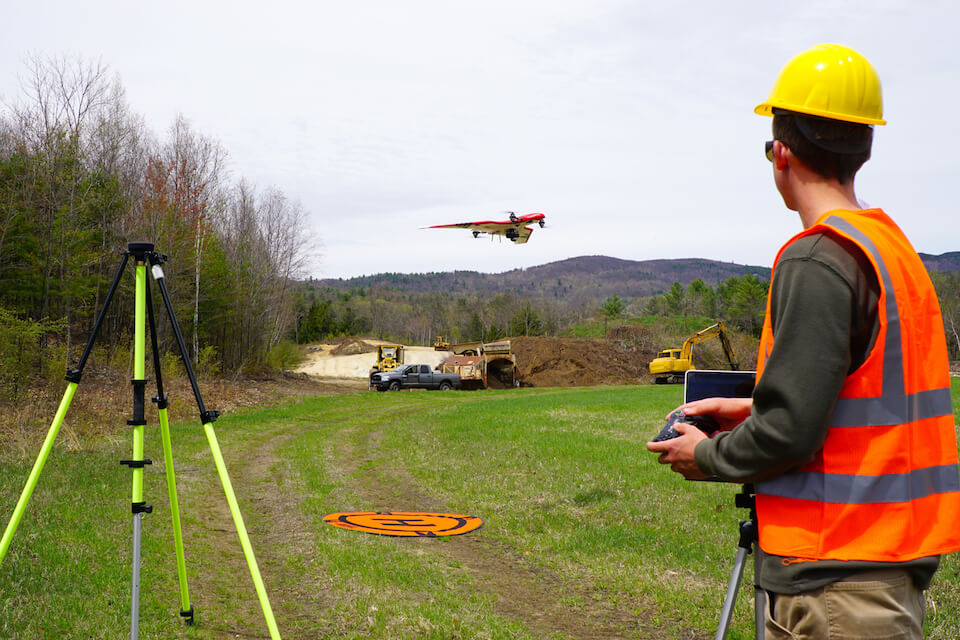 Andover, NH, May 15, 2017 – BirdsEyeView Aerobotics has announced a new RTK upgrade for the FireFLY6 PRO while also revealing a tailless flight capability that promises to greatly improve hover stability in heavy winds. The RTK upgrade features an included base station and a tight integration with the FireFLY6 PRO’s AvA flight control system.

“The FireFLY6 PRO was designed to be a highly productive, portable flying robot,” said Adam Sloan, BirdsEyeView’s founder and CEO. “Our number one request from our customers has been RTK and we’re happy to bring that to them in a form that’s seamlessly integrated with the system.”

RTK brings survey-grade mapping outputs to the FireFLY6 PRO in plug-n-play form, and Sloan says his team approached the project with a focus on ease of use. “Our customers have jobs to do and aren’t looking to waste time in the field with half-baked tools, clunky interfaces, or convoluted post processing. For this reason, we worked hard to ensure that our RTK system feels like an elegant upgrade to the system. Simply connect to the included base station and go.”

It also brings centimeter-level positioning of the aircraft, which Sloan says is especially important: “You’re really getting a two-for-one here, as we’re using RTK to both improve mapping results and improve real-time positioning. The positioning advantage means that you’ll know that the aircraft is going to hit your desired landing spot within inches rather than feet, every time.”

BirdsEyeView also announced a new tailless flight capability, enabled by their AvA 2.0 software release, which promises to improve the aircraft’s ability to handle rough winds. Sloan explained, “By removing the vertical tails, we drastically reduced the amount of side area presented to the wind, meaning that weathervane behavior is virtually eliminated. The FireFLY6 PRO was already strong in winds thanks to AvA’s Smart Wind Assist feature, but this update makes it that much more stable, particularly in dynamic, gusty conditions.”

Sloan says both updates boil down to one thing: productivity. “We pride ourselves on being no-nonsense professionals and our customers tend to be the same, with a singular focus: getting the job done. The FireFLY6 PRO’s VTOL capabilities ensure that you can safely do so anywhere, while RTK brings you survey-grade results with significantly less on-the-ground effort. And our new tailless capability means you can continue to be effective in even the most challenging conditions.”

The new tailless flight capability is available to FireFLY6 PRO customers now by upgrading to AvA 2.0. The RTK upgrade is on pre-order with shipments expected by mid-July.