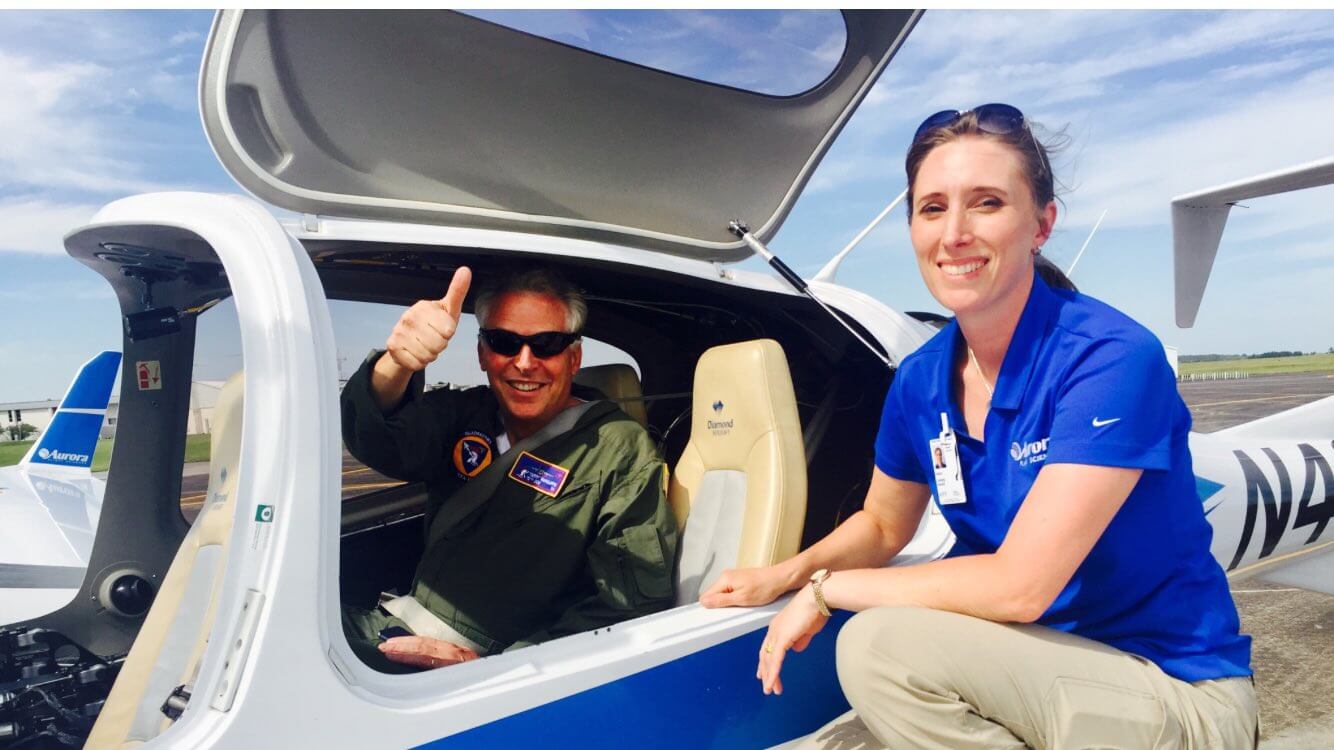 The Governor solidified his commitment to supporting emerging UAS technology by flying in Aurora’s Centaur optionally-piloted aircraft (OPA).  Aurora was chosen to demonstrate Centaur’s unmanned capabilities during the ribbon cutting, showcasing its leadership in the development and manufacturing of advanced unmanned systems and aerospace vehicles.  The flight comes one week after the Governor’s announcement establishing the Commonwealth’s Autonomous Systems Center of Excellence to increase Virginia’s position as a leader of the Autonomous Systems community.

“I am thrilled to be the first Governor to fly in an unmanned aircraft, and in our great state of Virginia,” said Governor McAuliffe. “I have witnessed first-hand the impact that the UAS industry will have on the future of transportation and our lives will change as we know it.  You will be able to do just what I did today – hop in a plane, press a button and the machine takes you where you want to go!  This is real technology and we’re the driving force by establishing Virginia as the world leader in unmanned flights.”

Both the pilot and sensor operator stations for the Centaur OPA can be staged onboard or remotely, allowing for a variety of flight configurations. These modes of operation are designed to meet multiple needs including long endurance missions and operating in hazardous environments. As part of the unmanned mode demonstration, the Governor controlled the Centaur from a laptop computer onboard the aircraft.

“Just a few weeks prior Aurora announced that we are pursuing small electric vertical takeoff and landing aircraft for urban air mobility projects,” said Aurora CEO John Langford.  “A key part of this concept is the ability to conduct all phases of flight automatically.  Today’s flight shows that we are already there with the technology in current general-aviation aircraft so the next step to achieving fully autonomous transportation is on track.”