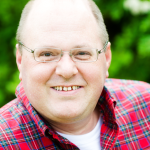 The state Department of Transportation’s Harbors Division has been unable to use an unmanned drone aircraft purchased with $75,000 in federal grant money to provide security at Honolulu Harbor because it falls within restricted airspace near Honolulu International Airport.

In 2006, the state DOT was awarded a $1.4 million harbor security grant from the federal government to install high-tech security measures at Honolulu Harbor where more than 90 percent of the state’s merchandise arrives every year.

Roughly $75,000 of that money went to purchase an unmanned aerial vehicle, known as a UAV or drone, which arrived in Honolulu last June, Meisenzahl said.

Not the only UAS plans for Hawaii