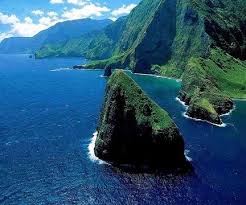 Watchdog.org reports potential coastal patrol duties for unidentified UAS, I expect the queue to fly these will be quite long.

BY JIM DOOLEY — The state and a private contractor are installing extensive new security and surveillance measures at harbors and shorelines that include planned use of unmanned aerial drones, according to public records.

Neither the contractor nor state officials have applied to the Federal Aviation Administration for necessary permission to deploy the unmanned aerial vehicles in civilian air space here.

Repeated requests for details about the plans and their status made to the state and its contractor have not been answered for more than a month. Paul Schultz, chief executive of Hawaiya Technologies, the company installing the new security measures, refused to discuss his company’s shoreline security plans in general or the use of UAV’s in particular.

“You can go find out your story on your own,” Schultz said. “This is not a friendly story,” Schultz continued. ”You’re coming after me. You can come after me by yourself. But don’t call me looking for information.”

State Department of Transportation and harbors division personnel did not respond to repeated requests for comment submitted by email, telephone and in-person since late last year. Glenn Okimoto, nominated by Gov. Neil Abercrombie as director of the Transportation Department, and his harbors division deputy director, Randy Grune, have said a department response was being prepared.

Okimoto was head of the harbors division in 2007 and personally recommended award of the original $1.46 million non-bid Honolulu harbor security contract to Hawaiya Technologies, according to state purchasing records. Some $1 million of the contract is paid with federal grant money and the remainder comes from the state.

The UAV’s are described as an anti-terrorism tool in documents describing new security measures at Honolulu and Kalaeloa Harbors on Oahu under a 2009 contract awarded to Hawaiya Technologies.

Another non-bid contract award worth nearly $1 million to Hawaiya is planned for Kahului harbor on Maui and the contractor has proposed installing the same system on Kauai and the Big Island.

The jobs would include use of UAV’s to conduct surveillance flights in the congested skies above state harbors, which abut two international airports, a general aviation airfield and Hickam Air Force Base.

The drones can’t fly without an FAA “certificate of authorization” and the state has not applied for one, said Ian Gregor, FAA spokesman.

The drones cost $75,000 each, according to purchasing records posted at the state procurement office website.

The type of drones – there are many different designs being marketed now – and the number to be purchased are details that the state has redacted from contracting files.
Only two civilian government agencies in the country – one in Texas and one in Kansas – have applied for and received necessary certifications for use of the drones, which must be operated by licensed pilots from ground control stations, said Gregor.

The Texas aircraft would be used to patrol remote sections of the Mexican border and the Kansas drones would be flown at a UAV testing and training facility 30 miles outside of Wichita. The FAA requires that civilian-operated airborne drones must also be tracked by either a ground spotter vehicle or a manned chase plane.

The American Civil Liberties Union has expressed concern about invasion of privacy issues raised by use of surveillance drones in other states and is monitoring the Hawaii plans.

“Use of ‘Unmanned Aerial Vehicles’ or ‘drones’ by law enforcement has a vast potential for abuse,” sad Daniel Gluck, senior staff attorney for ACLU Hawaii.
“The Hawaii Supreme Court has already ruled that warrantless infrared surveillance of people’s homes is an unconstitutional invasion of privacy.” Gluck said.
“The ACLU of Hawaii will monitor the details of this particular program (the kinds of technology used to perform the surveillance and the areas where it is used) to ensure it does not intrude on Hawaii residents’ and businesses’ protected privacy rights.”

Schultz founded Hawaiya Technologies after retiring from a 30-year career with the U.S. Navy in 2003.

The company won a competitively-bid $1.2 million contract from state Civil Defense in 2009 to install surveillance cameras at six “critical infrastructure” sites on Oahu, Maui and the Big Island that house communications equipment.

Civil defense is now seeking approval to award a $400,000 change order to the contract to install 36 new cameras to monitor the areas around Hilton Hawaiian Village Hotel complex in Waikiki and a warehouse facility in Kapolei that contains a stockpile of Health Department supplies.

Both areas have also been identified as “critical infrastructure” sites by the U.S. Department of Homeland Security, which mandates extra security measures be installed in surrounding “buffer zones.”